The History of KIBS Kagyu Institute of Buddhist Studies by Shangpa Rinpoche
(since Febr. 2011 supported by KHCP) 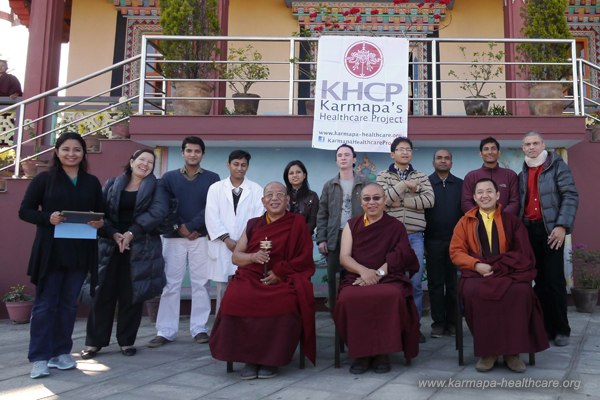 Kirtipur Monastery (where the Kagyu Institute of Buddhist Studies was later built) was initially only a small house on an open field. It was built by some devotees of His Holiness the 16th Karmapa and was offered to His Holiness as a token of their devotion to him as their Great Spiritual Leader when His Holiness first visited Nepal . Since then, His Holiness the 16th Karmapa had appointed lamas from Mendong Monastery to take charge and run the Kirtipur Monastery. Until now, not only has Kirtipur Monastery played an important role in being the sanctuary for many high lamas to complete their spiritual practices, it has also been an important source of spiritual guidance, teachings, empowerments and inspiration to countless lay devotees. 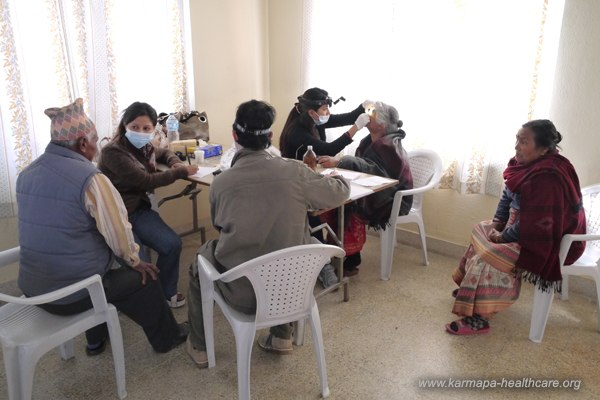 Like all auspicious undertakings, the project of building the Kirtipur Institute Of Buddhist Studies (KIBS) which was initiated in year 2001 faced an extremely tough beginning. Its path was strewn with obstacles. Shangpa Rinpoche's sincere appeal and compassionate motivation behind building a Buddhist Institute for the benefit of all moved many devotees to contribute to this noble undertaking. Faced with a bad global economic climate, fund raising was made even more difficult. But due to the perseverance of many devoted disciples from the Himalayan region, various parts of Southeast Asia and Europe coupled with their fervent prayers and the blessings of the Triple Gems, dribs and drabs of funds began coming in from all over the world. The funds were utilized for the construction of the Institute. Devotees contributed in every way they could towards the building of KIBS.

It is poised to benefit countless followers in the generations to come. Devotees who are armed with the technical expertise in architecture, engineering and construction gathered together to give the project their fullest support on a solely voluntary basis. Disciples from all over the world visited Kirtipur with Shangpa Rinpoche to gain a better understanding of this great vision of Shangpa Rinpoche in establishing this institute. Shangpa Rinpoche's vision is to establish a place to propagate the Buddha Dharma, to instill and impart knowledge in Buddhist Philosophy. A place for practitioners to retreat and learn, where they can attain a peaceful heart and a harmonious mind. Upon gaining a better understanding of Shangpa Rinpoche's motivation behind the project, followers contributed even harder and more tirelessly towards the realization of his vision - The establishment of KIBS. 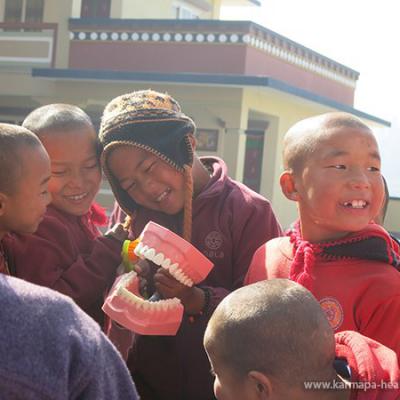 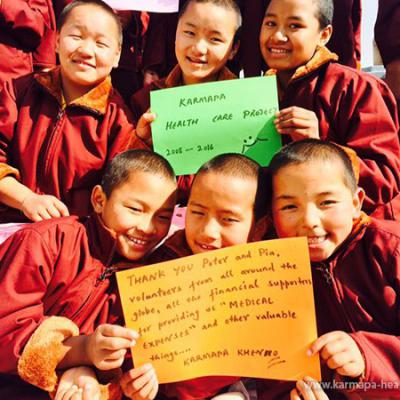 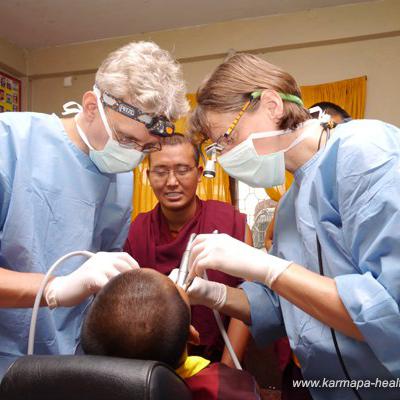 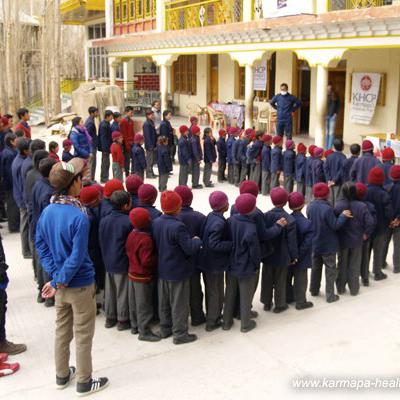 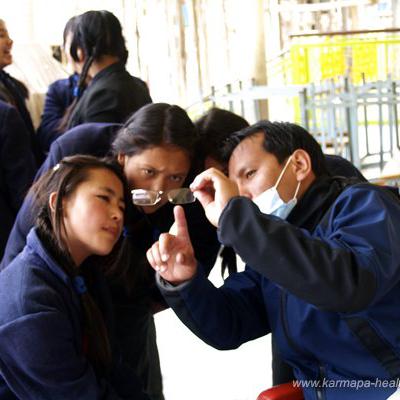